Based on THIS post I saw on Facebook the other day I made my first goal of 2014 to do write down some fitness goals.  These goals are based on how 2013 went.  I took last years miles & bumped them up a reasonable amount.  In addition, I really want to spend some time focusing on strength training.

Run - 500 miles.  This equates to about 10 miles a week.  3 runs a week should get me there.  Signing up for Run with Jess' Winter Miles challenge will help kick the year off right.  It starts on January 6th & runs through March 2nd.  I also plan to do the 2014 Runner's World holiday run streak again.  For me, that is a great way to mitigate the damage from the holiday eating challenge. 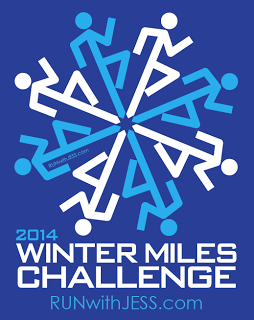 Weights / TRX - Twice a week.  My Y is using a program called Mobile Fit.  I spent some time over break getting acquainted with the program.  Basically I worked with the trainer & set up my goals & plan - there are a bunch to choose from.  They had a triathlon plan that of course I chose.   Based on the program you get up to 3 strength training workouts per week.   I did the first workout earlier this week & was nicely sore for a few days.  I just found out today that the Y is offering TRX for free now so I plan to work TRX in occasionally as well.

Yoga - Twice a month.  This should really be once a week but with everything else I know that is an impossible goal to achieve.  It is a step up from 2013 when I did yoga 18 times all year.

Races - 12 - I thought about shooting for 14 in 2014 but since 13 in 2013 didn't go so well I figured I would just shoot for 1 race a month.  Thanks to the Resolution 5 Miler yesterday I have January covered & only 11 to go.  At this point, I have no real race schedule planned.   All I know is for the first half of the year I am going to stick to 5K & Sprint triathlons.  If all is feeling well I may target a longer race in the fall.
January Goals

I have one last non-fitness goal to write down, you know because of THIS post.  Here it goes - I want to retire from engineering at 55.  Not that I will but I want to be in a position to be able to if I so choose.  Now to figure out what my number is.  I am pretty sure it is close to a kazillion.
Posted by Bluegrass Tri Chick at 1:57 PM No comments: