Week 1 of a New Plan

At this months Bluegrass Tri Club's kick off Steve won this... 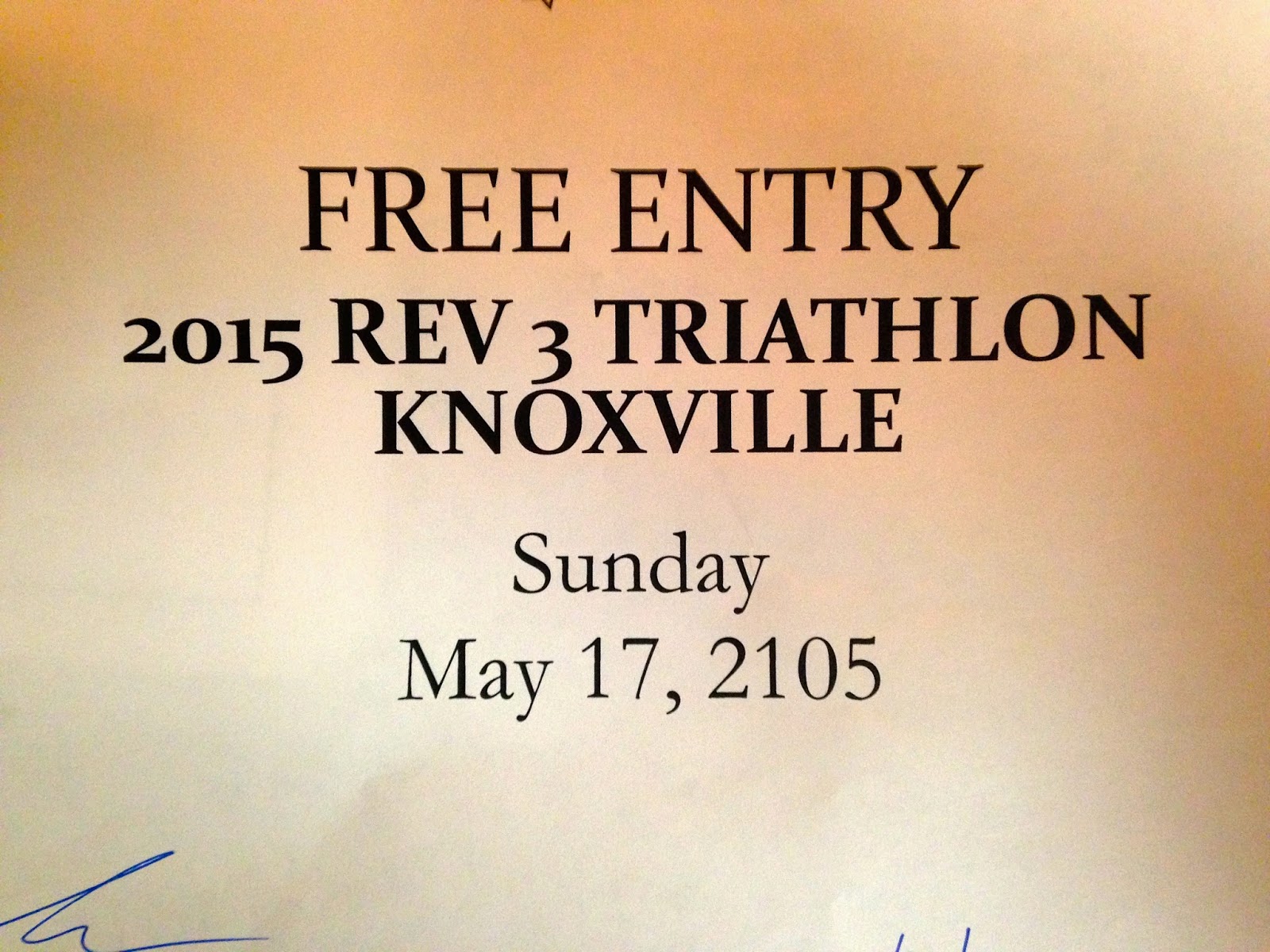 Since he has no desire of doing a triathlon ever I was the lucky recipient!  The options are Olympic or Half Iron distance.  I really had no intention of doing either distance this year but I really can't pass this up.  My plan is to do the Olympic.  It will be a river swim which really creeps me out.  So I have that fear to overcome.

I found some training plans on Beginner Triathlete & created a hybrid between their 16 week Balanced 2x & 3x plans.  Meaning 2 or 3 swims, 2 or 3 rides, and 2 or 3 runs per week.   I moved some of the workout days around to work with my schedule better.

Today, Sunday January 25th, is exactly 16 weeks out but I already made an adjustment to the plan because yesterday we woke up to this.... 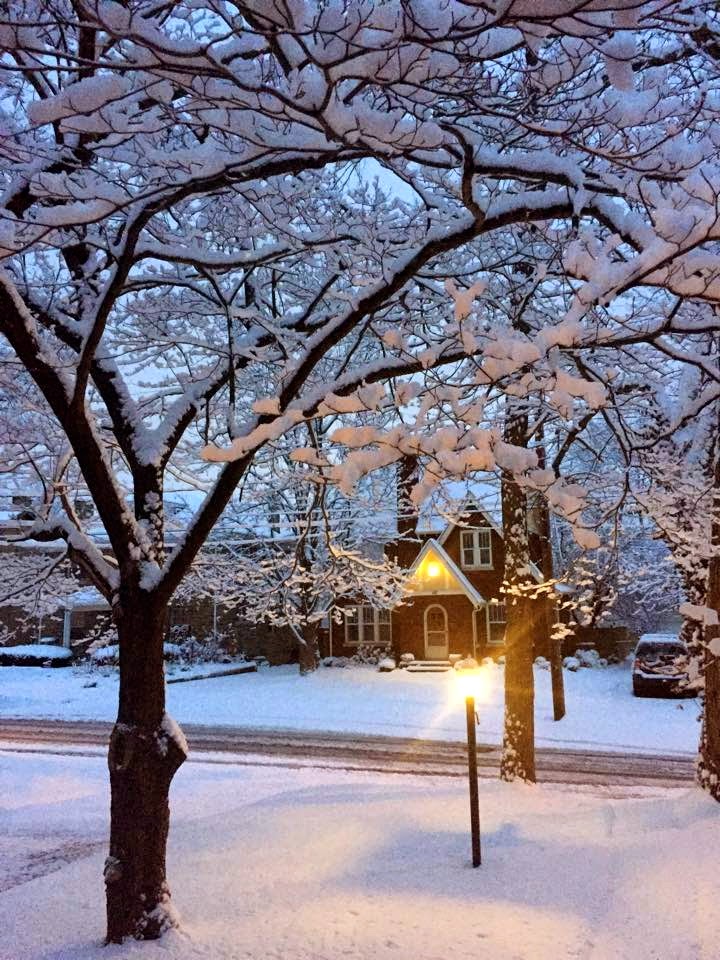 Although absolutely beautiful I did not want to risk running in the snow since I am still coming off my most recent running injury.  So I decided to do this instead.... 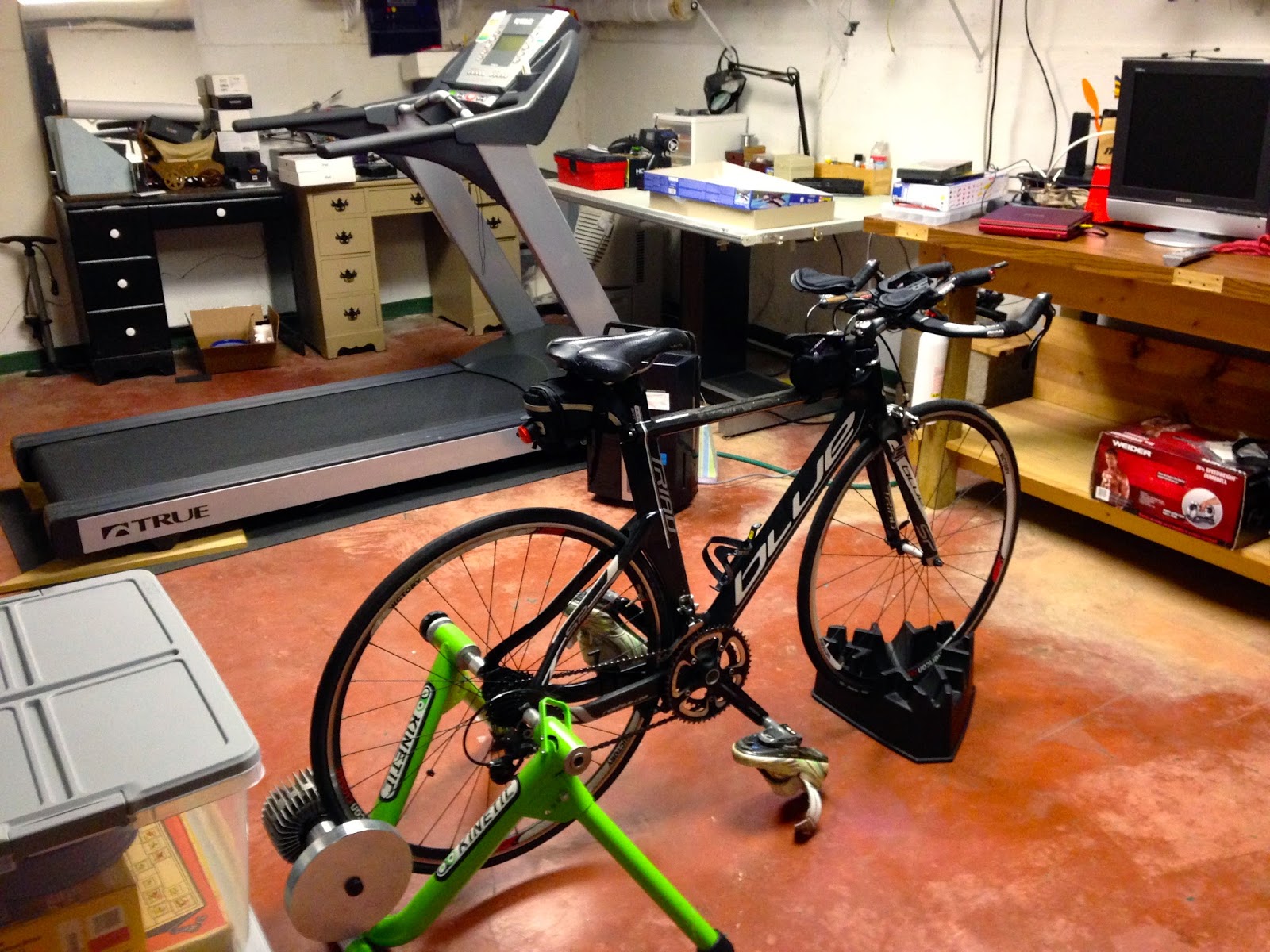 One hour and 20 minutes of Spinervals.  I plugged in my headphones & followed along with the DVD.  It wasn't great but not horrible either considering I really dislike indoor riding or running for that matter.   Today I will get my 5 mile run/walk in plus a swim.

So my new plan for Week 1 looks like this:

I move into a new role at work starting in March.  I am hoping that frees up another early weekday morning so I can get in the 3rd weekly swim.  I am really excited to have something big to train for again.  I may even start blogging regularly again - gasp!

My official winter / spring race calendar looks like this so far:

I am looking into a swim clinic in Atlanta the weekend of April 15th.  I have been using the Swim Secrets workout cards for several months now & thought it may be helpful to take one of their clinics.
A race that same weekend is the Heart & Sole Triathlon which I will most likely do if the swim clinic doesn't pan out.  And finally, I will be signing up for this fun sounding new race on April 24th.  It is a twilight 5K through the beautiful grounds of Kentucky Horse Park during Rolex weekend.

Wow, that's a lot of racing.  I am hoping these new Hoka Cliftons keep me healthy. 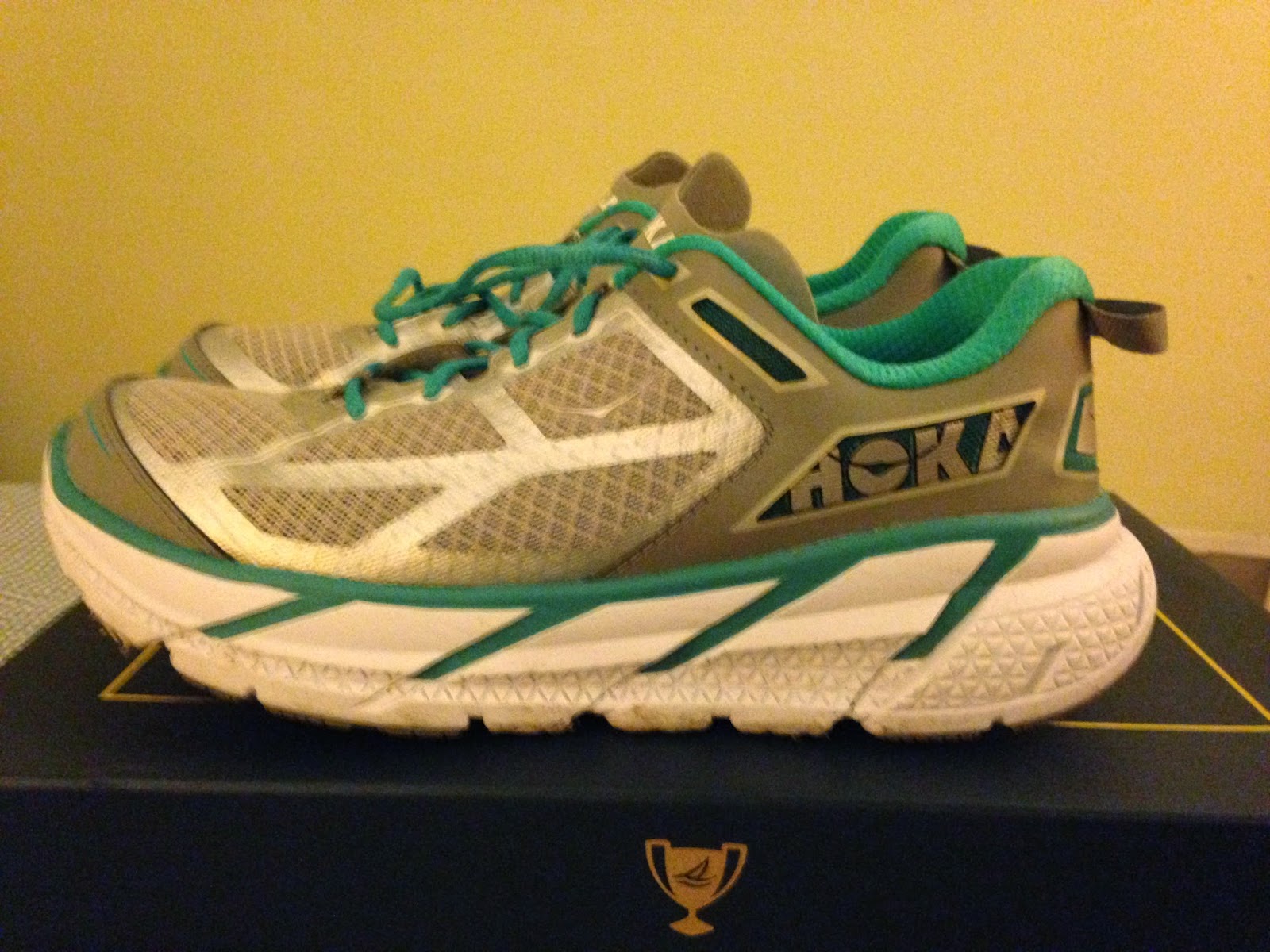 2014 in Review Plus a First Quarter Plan

I can't believe another January is here!  For me, tomorrow starts the true buckling down.  We had a good holiday but I am ready to get back into the groove again.  Lets see how long that lasts :-)

Overall I am OK with how the year went.  I still wish I could run more but that may be out of the cards for me.  I can't seem to increase any run mileage without some kind of injury.  Hence all the walk miles last year.  I much rather stay healthy & be able to do shorter distances than nothing at all.

What I really want to improve this year is being consistent with weight training & yoga.  I started the year off good but it really fizzled over the warmer weather months.

Instead of full year mileage goals this time I am going to set a quarterly plan.  I think this will work well with my lack of blogging too.

Races: Shelbyville Triathlon Series #1 (February) & #2 (March). Run the Bluegrass 7 Miler.  I WILL do that Shelbyville series this year!

The only full year goal I have set is the 2015 in 2015.  I am on a 3 person team with Audrey & Shannon.  Otherwise, there would be no way I could meet this!  Even with a 3 person team, this still ends up averaging about 2 miles per day. 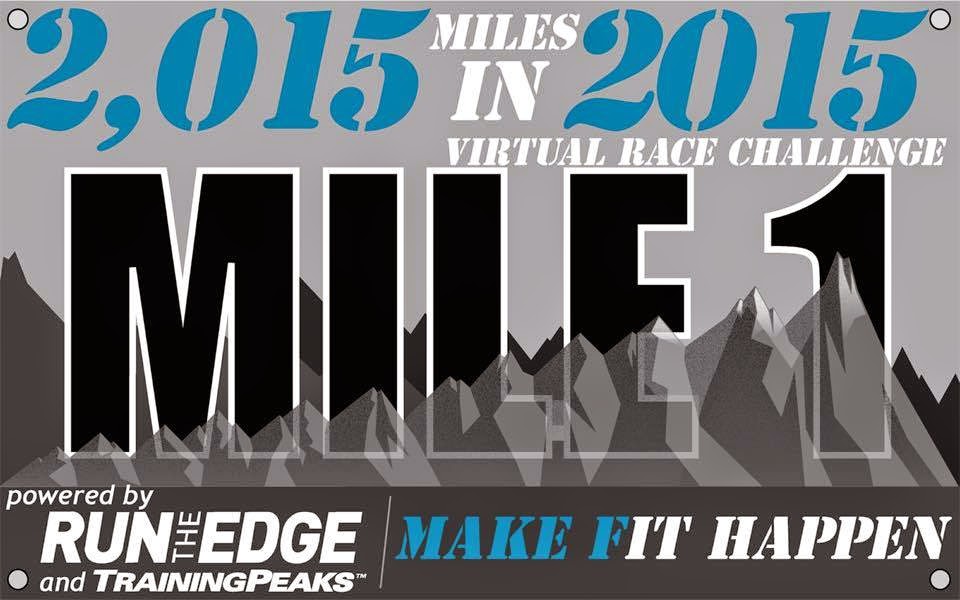